I apologise to you in advance for what I am going to say next. I acknowledge the sheer controversy surrounding my statements to follow but I have a commitment to tell the truth to my readers. To all my Italian readers and Italophiles out there- I am sorry.

After exploring Geneva for a week, the next stop was Italy. We planned to spend 4 days exploring the 2 major tourist destinations, Rome and Venice. The first thing I have to tell you is that the Italian countryside is unattractive. We took the train from Rome to Venice and there was not a single thing to marvel at. Perhaps we travelled at the wrong time of year when the flowers had not yet bloomed or there hadn’t been rain for some time, but it was like a barren wasteland. We spent 9 hours on the train, 2 hours more than had been anticipated, but with a transport strike to follow the next day, I don’t think the Italians were all too bothered about the delay. The landscapes were largely marked by fields of dry yellow grass, rundown gloomy farmhouses and large expanses of empty fields. My advice to you: air travel would be the smartest way to get around Italy. Not only are airlines immune to transport strikes, the views will not disappoint you and you are expected to arrive at your destination on time, even if delayed, the wait time isn’t usually too grievous.

Rome is an ancient city. Just how ancient? The city is approximately 2770 years old, having been founded in 753 BC. It has seen numerous bloodbaths: the city has been sacked 6 times by greedy barbarians looking to expand their territories. The Colosseum is a spectacle to behold, although one must not forget the immense suffering that took place within its walls. Slaves were forced to dress as gladiators and compelled to fight to the death; their opponent either another unfortunate soul who found themselves in that precarious situation, or a ferocious (and famished) wild lion looking to appease its ravenous appetite. Even after the fall of Western Roman empire, the Dark Ages and the black death, the city still persisted. Ancient Roman monuments are still standing today and we are able to marvel at the rich history of the city and study the demise of what I think is the world’s greatest empire.

We stayed at the Youth Station Hostel, which is a wonderful place to stay if you’re a student on a budget. They provide everything a millennial backpacker needs: a hot shower, clean bed linens and reliable Wi-Fi. If you’re not willing to share a room with 8 strangers, cannot survive without room service and detest bunk beds then I suggest trying the Four Seasons Hotel a few blocks away. We were on a strict budget, and nothing sounds more magical to a student than ‘€11 a night’ (about USD12). This hostel is perfect for anyone who’s on a budget and I would recommend it!

It was here that we met Pierre-Louis Tharreau, a Parisain freelance photographer/videographer. Pierre is passionate about travelling and capturing the sights he sees in stunning photos and video clips. He has previously lived in India, teaching English and in the UK, studying photography. You can check out his YouTube channel here. Sa langue principale est le français but don’t despair if you don’t understand French, he does add English subtitles!

We only had 1 full day in Rome and we spent it walking around the Colosseum and its surrounding sites. Think Torre Argentina (where Caesar is believed to have been stabbed by his closest friends), Septimius Severus Arch Arco di Settimio Severo (Italians are really good at naming things) and the Altare della Patria. The icing on the cake was watching the sunset at Gianicolo Hill, which is famous for not being of Rome’s Seven Hills, which is pretty elitist in my opinion. You can see the entire city of Rome here, though our view was somewhat obstructed by a couple of overgrown trees.

Another thing you need to know about Rome, and Italy in general is that everything is looking to take your money. Some will be very upfront about it, others will be sly and try to pinch your wallet whilst you’re not looking, but you should beware the cunning who construct elaborate plans to extract your hard earned dollars. Dear Gladiator, I am looking at you. Whilst taking photos outside one of Rome’s many basilicas, an enthusiastic Roman gladiator decided to steal the spotlight and pose for a photo with Ruva. Mind you, he hadn’t been invited to the photoshoot but his cheap costume enthralled us and our guards came crashing down. We put on dramatic heroic faces as we stabbed our new gladiator friend with his wooden sword, our thoughts preoccupied with how cool the Instagram shot would look. 2 minutes later, he stuck out his hand demanding €10 (about USD11).

We reluctantly paid his bill, splitting it between the two of us. Instagram banished from my thoughts, my thoughts wandered to all the things that could have afforded me- another night in Rome, dinner for tonight, a bus pass… You’ll be glad to hear that when a slick-backed Italian approached us in Venice offering a bouquet of red roses, we vehemently refused. What you should spend your money on- having your portrait painted.

You already know how I feel about the train ride from Rome to Venice so I’ll avoid talking about the journey. I’ll just tell you about the train station. Feeling drained and exhausted from the extended train journey, we decided to grab a snack in the train station. Ruva trotted off to a coffee shop to find a drink whilst I installed myself in a sandwich shop with my first meal in 12 hours. I don’t know about you but I enjoy people-watching. I couldn’t help but notice a shabby middle aged woman jumping from person to person outside the shop. Honestly speaking, I was too tired to give her a second thought and was quick to dismiss her when she came to my table asking for money. If you think that I gave her a cold reception, it was nothing compared to the people sitting at the table next to me. ‘THIEF!’ they exclaimed, ‘She just tried to rob us outside the shop, get out!’ screamed the distraught Americans. My curiosity aroused, I decided to actively spectate the debacle. Rapid Italian insults (I imagine they were insults, the old lady didn’t use a very polite tone) followed and the beggar was quickly dismissed from the shop. Ruva arrived with her hot chocolate soon after, having missed the entire thing. I was quick to alert her to the actions of the pickpocket outside though. There is no way that that man lacked coordination to the extent that he had to lean heavily on everyone who walked past him.

Before I forget to mention it, we stayed at Camping Rialto. Yep, that’s a camping site. I’ll say it one more time for the people at the back, we slept at a camping site, in a tent. A nicely furnished tent for that matter, it housed 2 single beds with clean linens, a thick blanket and smooth wooden flooring. It was my first time sleeping in a tent, and I wish that someone told me how hot tents get. It’s like a greenhouse, the air feels like it’s suffocating you. It’s pretty glamorous for a campsite, I only begrudge the fact that there were 8 charging stations for the entire campsite which houses about 200 people. You can imagine how nightmarish that would be for millennials. All in all, I did enjoy our stay here (and the price) and I would recommend it to all my fellow backpackers. 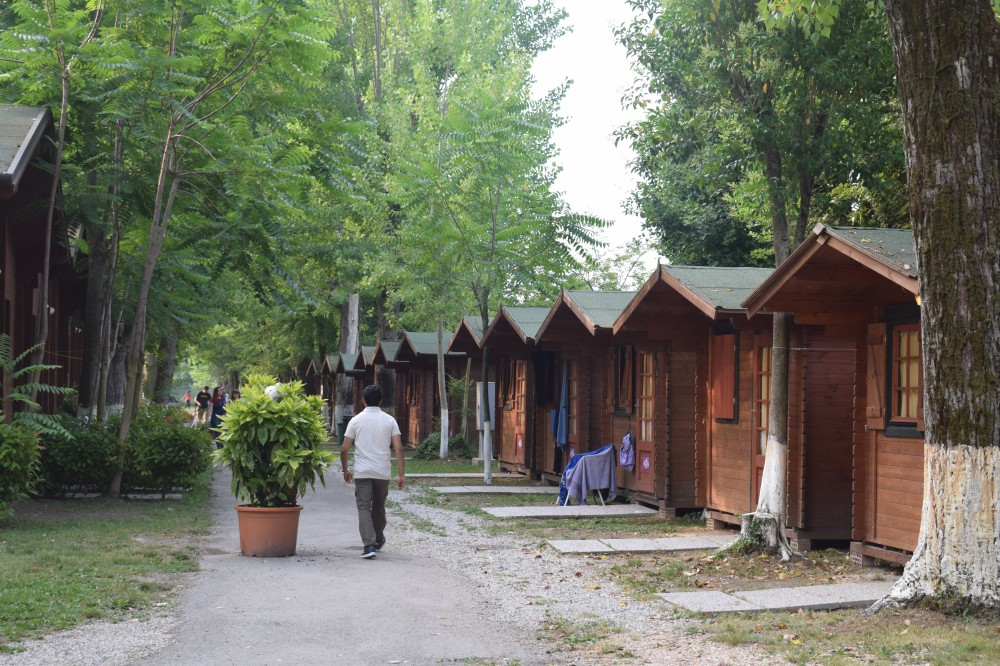 Fun fact: the touristic Venice only encompasses the island of Venice. Mainland Venice, known as Venezia Mestre is generally unattractive and there’s not much to see. I would like to tell you that every street corner on the island of Venice was painted in beautiful pastel, lined with marvellous cobblestones and adorned by beautiful colourful magnolias. That may be true for the streets of Venice that are most frequently walked by tourists, but it doesn’t reflect the quieter side of town, where the less affluent Venezians reside.

For what it’s worth, Venice is incredibly stunning. However there isn’t much to it besides walking around, getting lost and discovering yet another canal. With the price of a gondola ride starting at €80 (about USD90), that’s the only thing we could afford to do. Thankfully, the price of food was more reasonable. I enjoyed several cups of authenitc Italian gelato, almond cream filled cannolis and even a glass of Prosecco. This city has a multitude of picturesque scenes but to avoid boredom, I would advise you not to spend more than 24 hours here. 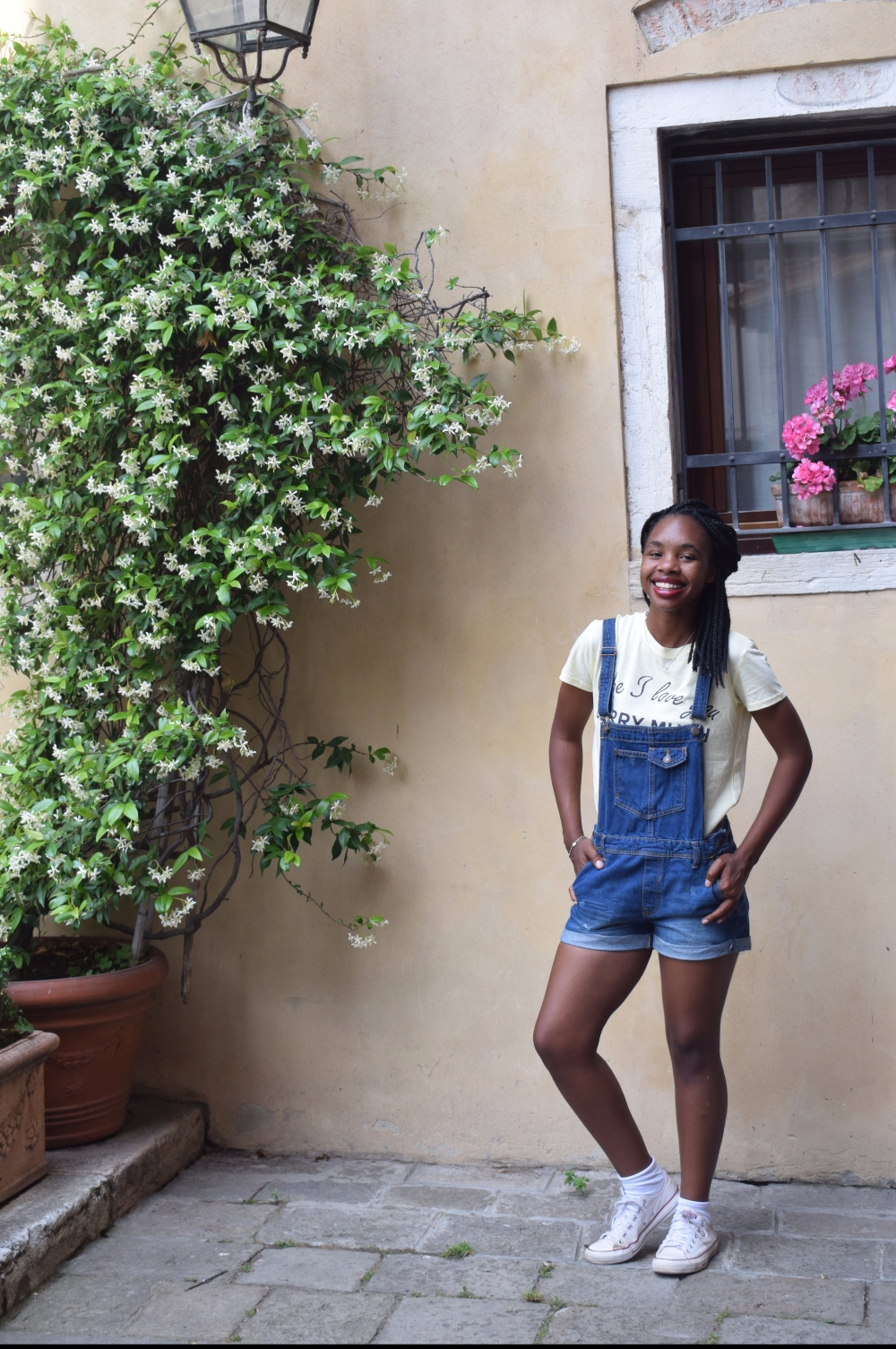 We had initially planned to take the boat out to Lido Beach and spend our second day there, but we hadn’t factored the transport strike into the equation. Private boats had the monopoly on the canals and we weren’t keen on spending €40 (about USD45) on a trip that was supposed to only cost half as much. Alternatively, we visited the Magnum store and had custom Magnums made for us for the grand total of €5! The rest of the trip was characterised by getting lost, discovering even more basilicas and chasing pigeons.

That sums up our tour of Italy! If you have any questions then feel free to ask me in the comments. Did you have a different experience in Italy? Let me know! As always, sending love to wherever you are in the world!