This week, I decided to experiment with one of my least favourite cuts of meat: pork chops. Yes, seriously, I hate pork chops. I only agree in pork that manifests itself as bacon or ribs. That being said, it doesn’t mean that pork chops are completely unappealing. There are things that can be done to pork chops to make them more delectable, like sticking them in a big cast iron pot with apples, stock, ginger, butternut and a bunch of other stuff, leaving it on the stove for 3 hours and coming back to thisssssssss

Slow cooker meals are kinda my thing now. I mean, what could be more attractive than dumping a couple of ingredients in a pot, going to do something else for a couple of hours, and coming back to the most succulent, tender and flavoursome piece of meat you have EVER had?  That’s pretty much everything I need in life. 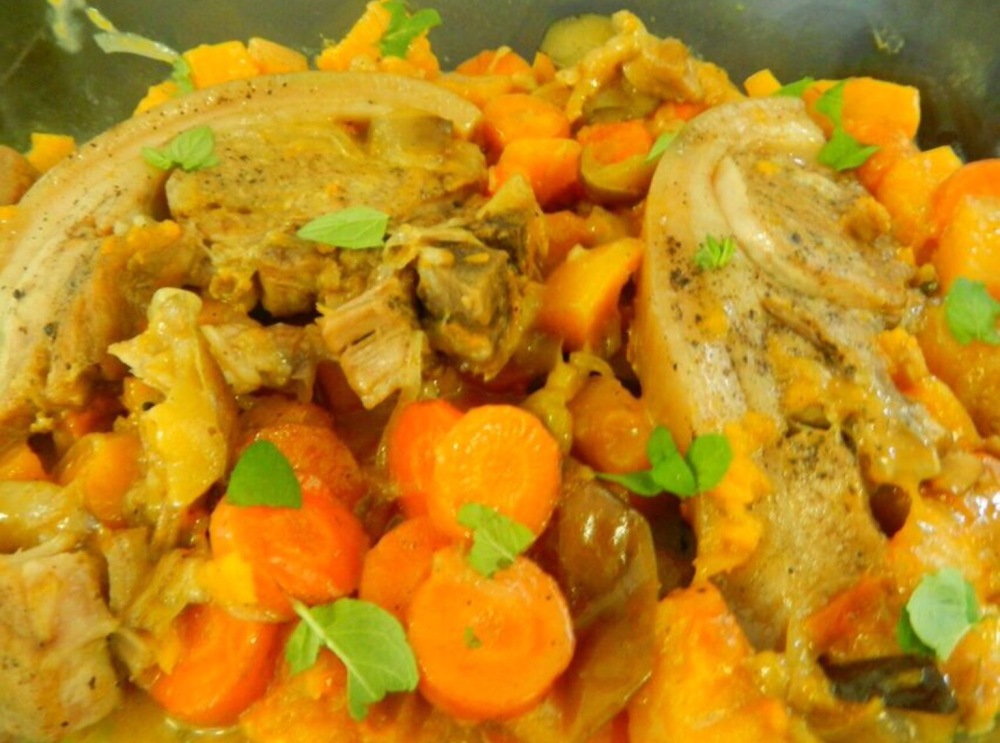 The best thing about this recipe is that you can choose what to do with the pork when you’re done. You could serve it straight on top of some rice, or shred it  and use in a wrap/enchiladas. Only one thing is certain, not one inch of this meat should go to waste.

This post was inspired by this page from The Kitchn, they are my go-to for cooking advice.

½ a medium butterut, sliced into cubes of about ½ inch

1 apple of any variety, sliced thinly