I have big news for you all: I HAVE A BLENDER!

Shout out to mummy for recognising the struggle that was my culinary life without a blender. I honestly don’t care how broke I am in college, as long as I have a blender to cuddle at night. 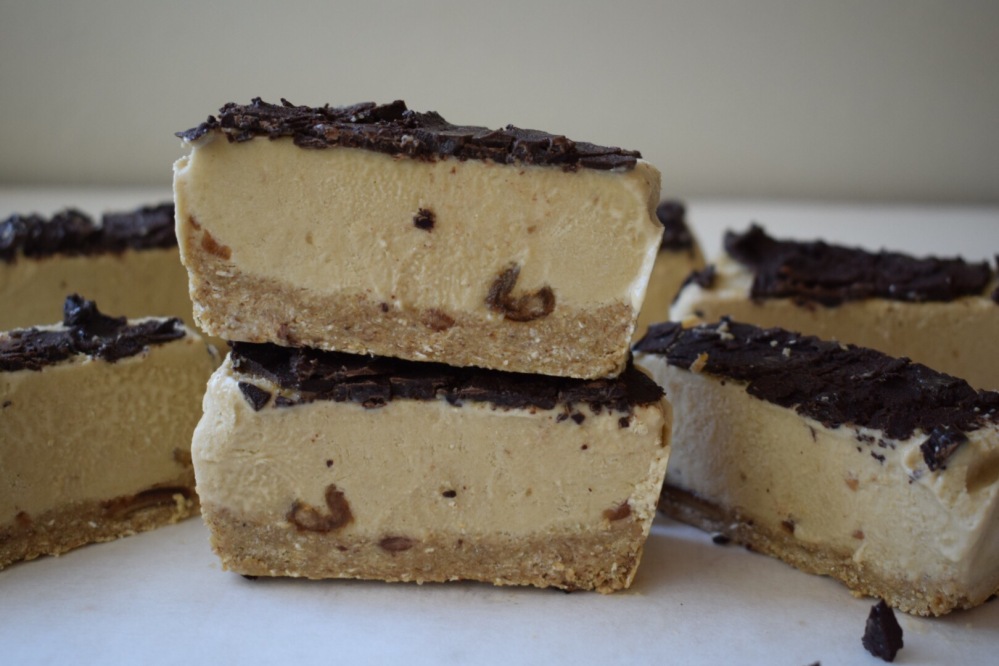 I think it’s only fitting that the first vegan dessert I attempted with the blender was this millionaire’s shortbread. This has always been one of my favourite desserts to make so it was only natural that I attempted a no-bake version. If you follow my Instagram @thefoodscientistblog then you’ll know that I’ve been cooking a storm with this vegan caramel (tomorrow guys!). For now, let’s sit back and enjoy this lush dessert.
Vegan Millionaire’s Shortbread

For the vegan caramel sauce:

In a medium saucepan, combine the coconut cream and brown sugar over medium-high heat, stirring occasionally until the sugar has dissolved and the mixture is at a rolling boil. Remove from heat and stir in the vanilla essence and salt. Add to a glass jar and refrigerate for an hour. Will keep for a week in the fridge.

Then move on to the base:

Line a loaf pan with parchment paper. Add the oats and almonds to a food processor and pulse until it forms a fine, crumbly meal. Add the dates and maple syrup and process until you get a thick, dough. Press the dough into the bottom of a loaf pan in an even layer. In the same blender, process the vegan caramel you made earlier with the cashews and maple syrup. Pour the caramel layer over the base and freeze for 4 hours, or until solid. Slice into bars, and let chill at least 5 minutes at room temperature before consuming. Enjoy!